A Visit from Friends

When I first moved to KC, I went for walks all the time because I didn't know anyone, and didn't have much else to do (I know! Imagine that! Boy, 1 kid sure seems easy now . . . but I digress). That is how I met my amazingly wonderful friend Dana and her little boy, Nate, who was just London's age (they were 9-months old at the time). She had just moved to KC, too 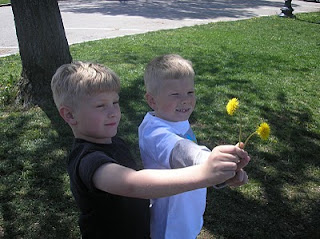 Five years later, we both ended up moving. You can imagine the heartbreak . . . life-long friends, separated pre-maturely. Okay, a tad dramatic, but you get the idea. I was just as sad.

Fast-forward a year, and YAY! Dana and Nate came for a weekend visit. It was just like old times! Nate and London gave each other a HUGE hug at the airport and never stopped talking over each other. 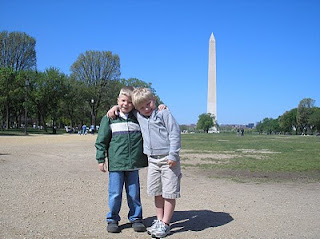 Nate got right back into being annoyed by his surrogate little brother, and Brandt was right there, tagging after the big boys. 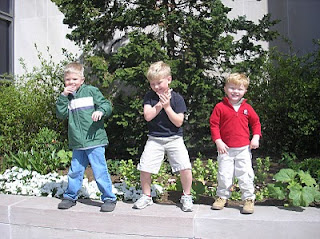 We took a trip downtown (via the metro) 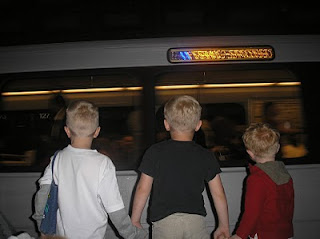 to see the famed Cherry Blossoms. And wouldn't you know it, they'd bloomed and gone. (So these are the regular old blossoms from the trees on our street). 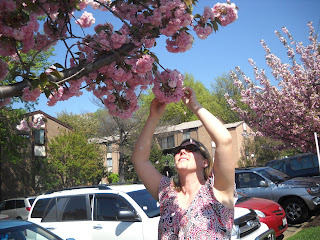 We took a quick look-see in the American History Museum, caught a snippet of the Cherry Blossom parade, 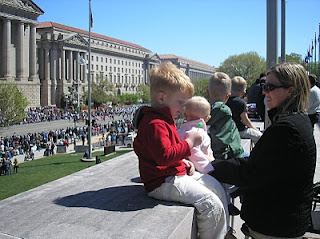 and meandered past the White House (Everyone was all agog because Bo--the first dog--was running around). Yeah, yeah, this isn't the White House, but it was too crowded to take a picture. 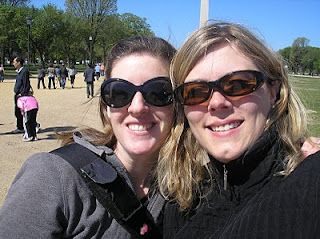 We ate street vendor hot dogs. Can I just mention that my bun crunched? I'm quite certain, that it was NOT toasted. But if it were anything less, it wouldn't be the full experience, would it? 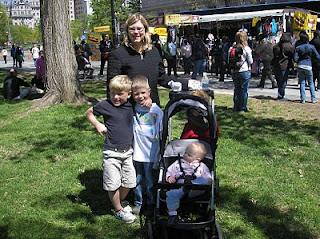 When we got home, my darling husband watched the kids, and Dana and I escaped to the Lego store and B&N. And we HAD to make a visit to Dunkin' Donuts. Neither of us has ever had them. Word of advice: 8:00 PM is the wrong time of day to get donuts. My donut crunched, too. Seriously, twice in a day? The cosmos must be trying to tell me something. 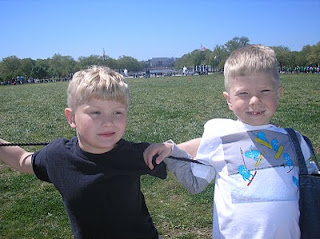 Anyway, it was a FABULOSO visit! We miss them terribly already (London hasn't stopped asking when we're going to visit them). There's nothing like spending time with a good friend. Thank you for coming, Dana and Nate!
Posted by Janet Johnson at 9:55 PM

What a perfect visit!
You guys did all sorts of fun stuff and it's always better when the kids are entertained too :)

Thanks for a great visit and fun blog! Love you guys!