Thank you to everyone who entered and tweeted about my giveaway of ONE by Leigh Ann Kopans. Without further ado, I give you the winner: 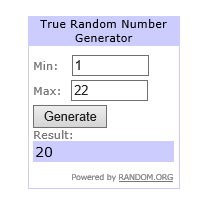 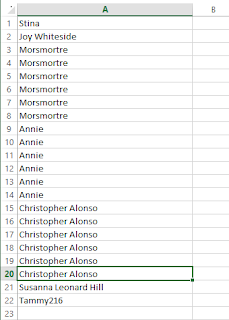 Christopher Alonso (@ChrisRAlonso), come on down!!!

Use that shiny "Contact Me" page up there and I'll get your winnings sent off. :)

On to other things, I just wanted to share with you one thing I learned this weekend:

Playing with an app that makes silly pictures never gets old. It just doesn't. 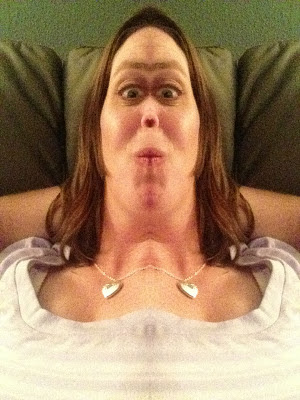 What crazy things do you like to do?
Posted by Janet Johnson at 6:00 AM 5 comments

Giveaway: ONE by Leigh Ann Kopans

If you were anywhere on Twitter this past week, you surely know that the super fun Leigh Ann Kopans (@LeighAnnKopans) just released her debut novel, ONE. It's been climbing all the Amazon charts, and has debuted with a smashing success! So excited for Leigh Ann. :D

My luck pool has been filling up of late, and recently it splashed over the edges to land me a copy of my own. Woo hoo for me, because it's been on my TBR list since I first read the pitch:


It makes you a One.


Sixteen-year-old Merrin Grey would love to be able to fly – too bad all she can do is hover.


If she could just land an internship at the Biotech Hub, she might finally figure out how to fix herself. She busts her butt in AP Chem and salivates over the Hub’s research on the manifestation of superpowers, all in hopes of boosting her chances.


Then she meets Elias VanDyne, another One, and all her carefully crafted plans fly out the window. Literally. When the two of them touch, their Ones combine to make them fly, and when they’re not soaring over the Nebraska cornfields, they’re busy falling for each other.


Merrin's mad chemistry skills land her a spot on the Hub's internship short list, but as she gets closer to the life she always wanted, she discovers that the Hub’s purpose is more sinister than it has always seemed. Now it’s up to her to decide if it's more important to fly solo, or to save everything - and everyone - she loves.

And now woo hoo for you, because I'm going to give away the copy I was planning to buy! WOO HOO!!

So if you want to win a copy of ONE, just leave a comment, and I'll enter you into the drawing. Spread the word in any way (twitter, facebook, blog post, sidebar, word-of-mouth, etc.), and I'll give you +5 extra entries. Just tell me what you did (or will do) in your comment. No need for a link, I trust you. ;) Important: Please leave me a way to contact you, should you win.

Enter by Saturday, June 22nd, and I'll announce the winner on Monday, June 24th. Good luck!
Posted by Janet Johnson at 6:00 AM 11 comments

Keeping it in Context

After last week's post, I couldn't get the idea of "Context" out of my head. It's not something I've thought about consciously as I write, yet it's kind of important.

First, what is context?

My good friend, Merriam-Webster says it's "the parts of a discourse that surround a word or passage and can throw light on its meaning."

the interrelated conditions in which something exists or occurs : environment, setting"

Environment. Setting. Sound familiar? It's what drives every character's reaction to every event in your book. And when we ignore Context, or simply fail to consider it, we have credibility issues.

I personally learn from examples better than explanations, so here we go.

1. Let's suppose we are writing an historical fiction that takes place in the 1500's.

Our mc is a 16-year-old young woman. Of course, we all want a strong female lead, so she gives her hair pink streaks, and secretly sneaks out at night to burn corsets and rails against her father (and every other male she meets) about the repression of women and how she should be allowed to become a Blacksmith if she darned well pleases.

You see the problem? This character is not believable. She is shouting ideals of a time period well-beyond hers, and participating in activities that were probably never thought of back then.

Now, make this into a fantasy or dystopian . . . in other words, change the Context . . . and you're on your way to some great world building. Context changes everything.

2. Let's make this one a contemporary chapter book. 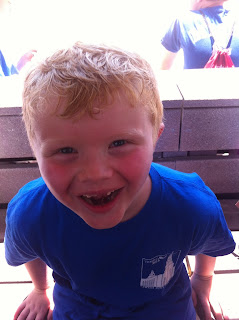 Our mc is a 5-year-old boy who loves frogs and dirt. He loves worms and bugs, and catches grasshoppers for fun, but he always lets them go. He looks at spiders through magnifying glasses, makes match-box beds for pill bugs, and hosts a sit-in protest when his mom tries to spray an anthill in her flowerbed. Then one day, he sees a garden snake and takes his mom's hoe and hacks it to death.

Ummm . . . yeah. See the problem? In the context of this character, this is not something he would do. It just isn't.

Now, create a circumstance that gives a new context for that action, and you might have some interesting tension and inner turmoil going on. But without that, you will lose your reader if your character doesn't act within his own context.

3. Finally, we have a MG fairy-tale retelling.

Now could this be a good book? Absolutely! But given the context of our audience (Middle Grade), this book misses the mark. No middle grade editor is going to read past the description. It is simply isn't Middle Grade. Make it adult fiction, and you might have something.

Context helps define our characters as well as the setting. It outlines plausible events, and keeps us focused on our audience and genre.

Now, I am definitely not saying that you can't mix things up a bit. But if you choose to ignore a context that you, as the author, have previously established, you risk breaking a trust with your reader.

Have you ever stopped reading a book because of context issues?
Posted by Janet Johnson at 6:00 AM 6 comments

I was parking my car, when lo and behold, what should I find? You guessed it, a personalized license plate. And this one especially caught my attention because, well, just look: 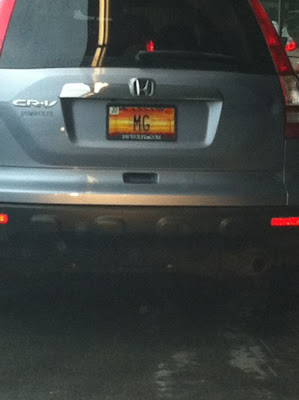 I know, right? So of course, I immediately assumed that this is a kindred spirit, a fellow writer, because that's MY context.

So first, I wanted to say something pithy about creating context for your characters, etc., etc. But it's the end of a long weekend, and, well, you can guess what I'd say, right?

And the chocolate cake?

And that other thing that I don't even need to mention?

More importantly, I wanted you to fill in the blank for me. What does "MG" really stand for?
Posted by Janet Johnson at 6:00 AM 8 comments