How I Spent My Summer Vacation

I have spent a long summer of absenteeism here on the blog. But now that school is back in session, it's back to work. Today, I give my official report of how I spent my summer vacation. And because pictures tell a thousand words, this will be a photo essay: 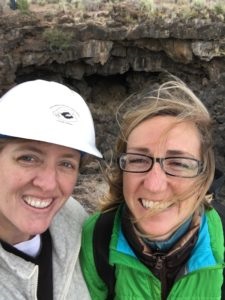 For my summer vacation, my family and I went camping with our good friends. We met them halfway (almost) at National Lava Beds Monument, and we tromped through caves, scooted under rocks on our bellies, and somehow managed to avoid claustrophobia. Happily, we all made it back out, but unhappily we had to bid our friends farewell (for now). 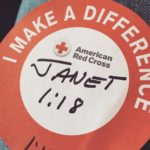 I also wanted to be useful during my summer vacation, so I skipped off to the Red Cross, and donated some blood. Doing stuff for others makes me feel good. Speaking of which . . . it just might be time to make another appointment, so if you'll excuse me for a moment . . . 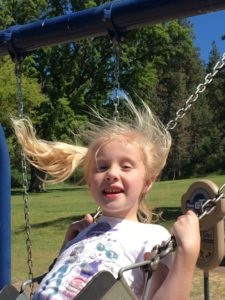 Okay, I'm back. Seeing as how I have three children, I also spent a lot of time at parks this summer. My sons attended a cub scout camp, and there happened to be some amazing swings right nearby. My daughter begged to go there everyday, and so this is the kinds of thing we did. She would swing, and I would be hypnotized by her spinning pony tail. And suddenly I have the urge to go buy a stuffed animal for my sweetest of sweet daughter. Weird. Because we already have a lot of those, most of which I don't even know where . . . must . . . not . . . resist . . . urge . . . 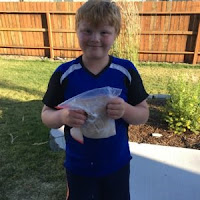 One family tradition we have is that every summer we make homemade ice cream in bags. Each kid gets to make their own, and choose their favorite flavor. It almost always goes like this: Oldest - Vanilla (though sometimes he'll mix it up and try mint . . . except that didn't turn out so well one time, and he's stuck with Vanilla ever since); Second - Chocolate (he has never varied.

Although this year we forgot that you have to decrease the sugar when you add chocolate syrup, so he ended up throwing his out. Who knew there was such a thing as TOO SWEET??? This picture is of his blithe ignorance shortly before he learned the horrible news); and Girlie - Pink Vanilla (clearly, this is a food coloring thing. We tried using Kool Aid once to give it a pink flavoring. Yeah. We haven't tried that again, either.).

I live in a very small town, so we don't have any major sports teams. BUT!!! We have our own hometown minor league baseball farm team. The Klamath  Falls Gems. When I first heard the name, I just assumed we were talking things like Diamonds (for baseball, right???), and Rubies, and Emeralds, and cool things like that. But I was wrong. We are the Potato Gems. Their mascot is a big old box of fries with a face. Which is even cooler!!!! Because who doesn't LOVE fries??? 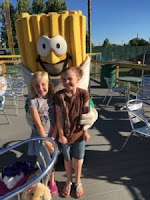 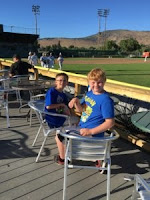 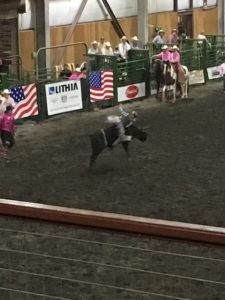 I already mentioned the small town thing, and the potato gems thing, and since I know my readers are astute, they can only conclude that I live in a farming community where 4H and horses and cow wrestling and all that is a big thing. As our first full summer here, we would have been remiss if we hadn't attended at least one rodeo. And see all that pink? It was even a fundraiser for cancer research. What better combination can there be? A cause I strongly believe in, and a crazy, new, homegrown, educational experience for the kids. But wow, I was sore just watching those cowboys ride. Or maybe it was watching them fall that made me sore . . . 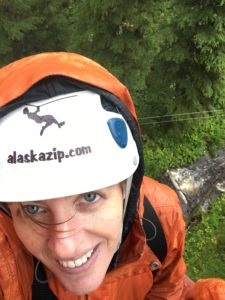 Okay, my summer vacation report is about to extend past the maximum length allowed,  so I will conclude with this lovely picture. My in-laws celebrated their 50th Wedding Anniversary (Congratulations again, you two!), and took us all on an Alaskan Cruise. It was amazing, and Alaska is beautiful, despite the COLD, and I did all kinds of things I don't have time to tell you about here. But one thing that was a BLAST (of Arctic Rain), was the zip-line in Juneau. It rained the whole time, and that first step was pretty frightening, but I pushed past the fear, and I think this is my favorite memory not just of the cruise, but of my whole summer. Surrounded by family. Screaming through the trees (and I mean literally, not the going super fast kind of screaming you sometimes hear about). Defying Fears. It doesn't get much better than that.

So that, my friends, is what I did on my summer vacation. What did you do on yours? 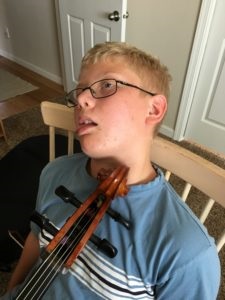 Okay, okay, and one bonus activity, because I have to protect my Mean Mom image or my kids might expect me to be this cool all the time . . . I also spent this summer forcing my oldest to practice the Cello. He humored me with a picture of how he felt about this particular activity. I have affectionately titled it "Death by Cello." And so now you know. I am a Mean Mom. And don't you forget it!
Posted by Janet Johnson at 2:56 PM 0 comments