When we drew up our last summer bucket list, I bribed the kids to go running with me. I told them that if they would run with me 5 days a week, 30 minutes a day, then run a 5k with me at the end of summer, I would take them to Legoland. 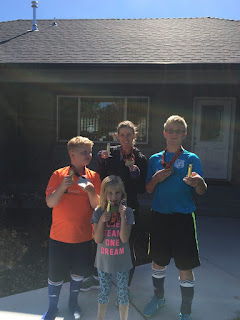 So of course, I had to keep up my end of the bargain. I had so many people ask me to tell them what we thought, I decided to do a good old fashioned blog post with all my thoughts. And pictures. So. Many. Pictures! 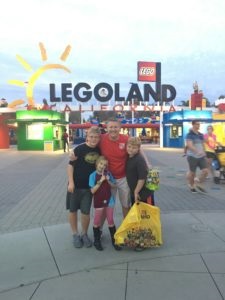 So first off, I want to say the we LOVED Legoland. We got the two-day parkhopper pass that allowed us entry into both Legoland and the Sea Life Aquarium which is also on site. Honestly, I thought one day of Legoland would be enough, but boy was I wrong. There were so many things the kids loved and wanted to do again, and so many things we just didn't get to the first day. And turns out the Sea Life Aquarium is not a full-day's activity. We could have happily spent a third day in Legoland, but I personally would rather be left wanting more than less, so two days was perfect.

Much to my son's chagrin, we did not stay in the Legoland hotel because it was pricey. However, I booked through the Legoland website when I discovered it cost less with both hotel and tickets together. We stayed at the Hyatt Place which we loved. It provided a very yummy breakfast, had an outdoor pool, a fitness room, and was only about three blocks from the beach. Perfect in so many ways! It was far enough to need to drive to Legoland, which meant we had to pay for parking ($18), but even with that, it still cost less overall. We also bought a picture pass for one day, which was great, although I kindof wish I'd sprung for the year-long pass which wasn't much more.

My kids are way into Legos (especially my boys), so this was kindof their mecca. If your kids like Legos, they will love this park. Amazing Lego structures fill the park! There are also videos on how the structures were designed. How they were built. How they were shipped to the park. It's fascinating!

I really wish I could show you everything . . . okay, okay! I couple more! 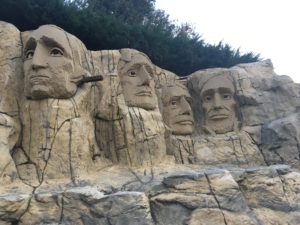 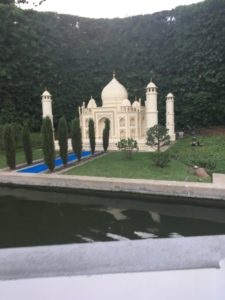 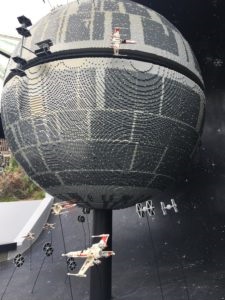 But there is way more to Legoland than just the amazing creations. There were so many fun, non-traditional rides. For example, usually you see these towers, where you are pulled up and then dropped really fast.

You use good old-fashioned arm strength to pull yourself up with the ropes. And to make it even more fun, you get to race against the other riders. My arms got a serious workout! Then there was the fire-fighter training ride! A ride that requires teamwork to pump the firetruck into motion (serious effort required!), so you can put out the fire by spraying the water into the bulls-eye. I loved the teamwork, and we had so much fun competing against the boys. 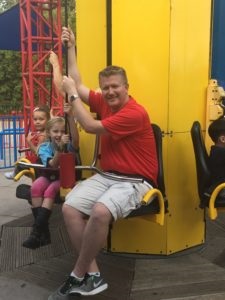 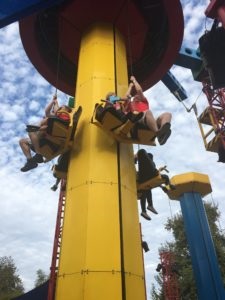 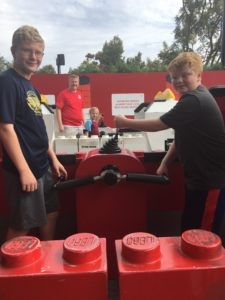 They had the traditional teacups (Bionicle-themed), several roller-coasters, and a choose-your own level of craziness Nexo-Knight ride. The boys chose the highest level! (The crazies).


But our favorite ride, hands down, was the Ninjago ride. It was a 3-D, interactive video game ride. You karate chop your way through all the bad guys of Ninjago, trying to outscore not only those on the ride with you, but everyone else for the whole day! We managed to make it on the "best scores of the day" board once! (We may have been some of the first people to ride it that day). 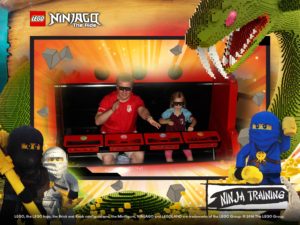 And in addition to all the rides, there were Lego stations all throughout the park. We spend a considerable amount of time at these stations. A place to build boats, then send it down the rapids. A place to build cars, then test it on the ramps. Tons of build-whatever-you-want stops, not to mention the archaeological dig. We had a hard time convincing the kids to leave! 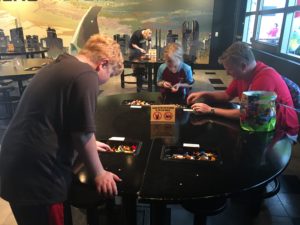 We spent a good hour in the Robotics lab, learning how to program a robot to perform specific tasks, and I convinced my family that we NEEDED a lego family drawing. A bit of an expensive souvenir, but I'm so happy we got it to remind us of our super fun trip. I'm kind of in love with it. 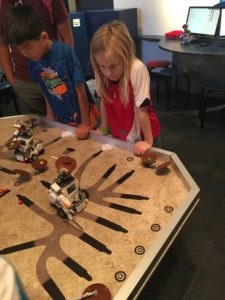 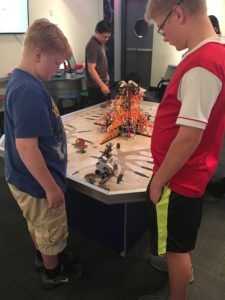 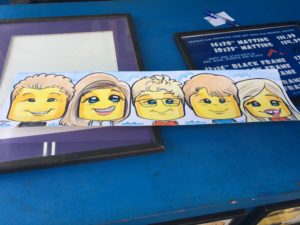 We tried these amazing things called Apple Fries. And speaking of food, there was a great variety of healthy and unhealthy alike. The prices were amusement park-ish, but I felt like they weren't too ridiculous.

One other perk, is that I happily did not get sick at Legoland like I do at most amusement parks (curses on adulthood!). Probably because the rides are a bit more tame than most such parks. Which brings me to my one point of warning. Our oldest was 13 when we went. Seriously, he looked like the oldest kid there. That said, he loved it, but it won't be long before he has outgrown Legoland . . . at least until he has his own kids.

Oh my! And I almost forgot about all the characters you can meet.  I will end with those pictures, but our family gives Legoland an enthusiastic 5 thumbs up!  (One last note: We went on the Thursday and Friday in the week before Thanksgiving. Almost no lines. Not crowded at all. Perfect weather. Such a fabulous vacation!) 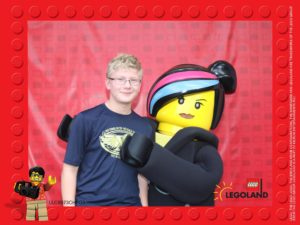 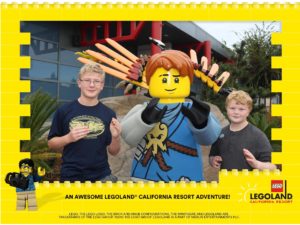 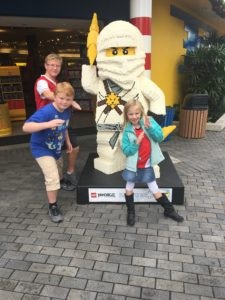