As promised, more of Mount Vernon. 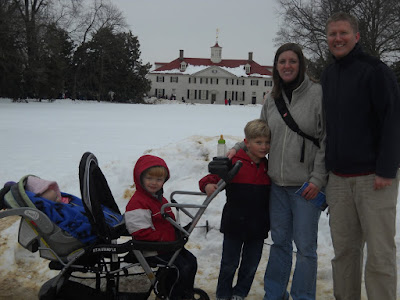 This is our proof we were there. Do we look cold? We were. This is at the end of the outdoor trail. We were ready to be done. But, despite the cold, we all had a good time.

But we all had our favorite parts: 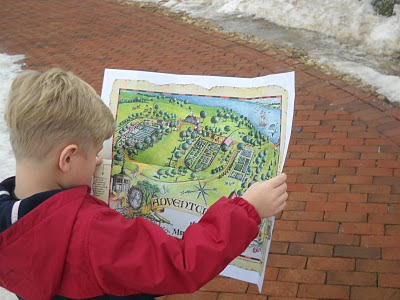 At the very beginning, the boys were given a map of Mount Vernon. On the back of the map were nine puzzles to solve at the various locations. They promised a prize at the end if they were able to solve them all. London was very into it. He loved his map and was determined to get the prize. It turned out to be a smushed penny with a picture of Mount Vernon. Lucky boys! 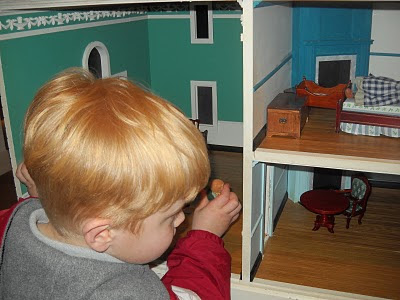 In the museum, they had a children's center with a large dollhouse that had all kinds of intricate furniture. Brandt was enthralled. Redecorating, sending the dolls through the doors . . . that's all he wanted to do. 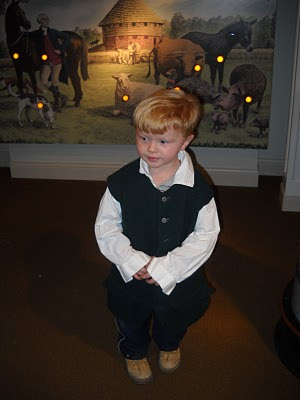 However, I did convince him to pause to play dress up. It wasn't easy, but isn't he super cute in his colonial ensemble? 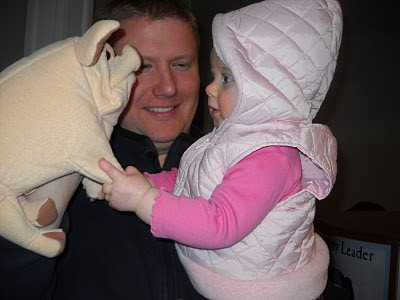 In the kids center, they had animal puppets with a "button wall" (you can see it behind Brandt in the previous picture). Push a button to hear animal sounds. Khyah loved the pig. Maybe it's because the pig was pink like her. 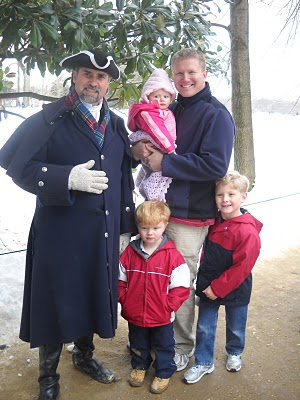 Rick told me that his favorite part was Washington's tomb. But since you saw that last time, here is another something he enjoyed. This is the Scottish doctor of Mount Vernon. He told us of the three ways of becoming a doctor way back when:
1) Go to a small town where you simply know more about bandaging or whatever than anyone else.
2) Do a self-study program of your choosing, then go to a place that needs a doctor, and voila.
3) Become an apprentice under a town doctor for 7 to 8 years, and then you can be a doctor on your own. 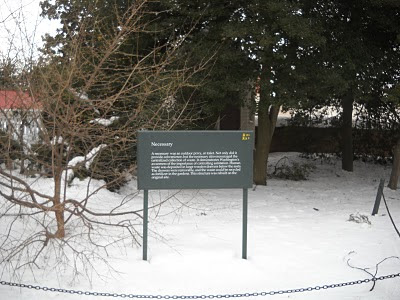 Okay, my favorites were the view from the back porch of Mount Vernon, and Washington's tomb. However, I found this hilarious. It's like political correctness back in the day. It's not an outhouse. It's a "Necessary." How true it is.
Posted by Janet Johnson at 1:31 PM

Banned complain !! Complaining only causes life and mind become more severe. Enjoy the rhythm of the problems faced. No matter ga life, not a problem not learn, so enjoy it :)