It has been a long time since I've written about writing. I've been so busy doing the actual writing, that I haven't thought about much else. This past weekend I've been thinking about Pacing. 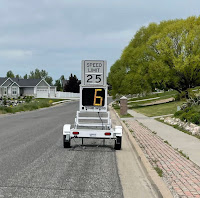 Pacing can be a tricky thing. You think you're moving along at 25 mph, when you're actually only going 6. Usually, you don't even notice until someone points it out with feedback like this:

"Something's off, but I can't pinpoint the problem."

Maybe you haven't gotten such comments, but I sure have. And it can be frustrating feedback because it's not always clear how to fix it. Especially when you feel like you are only giving your readers the information they need.

Recently, I was revising a middle grade book, and one of my big concerns was cutting back the word count. It was long for a middle grade, but it was an intricate, complicated plot, so finding places to cut proved difficult.

Luckily I had the help of some amazing CPs (critique partners) and my agent, but as I worked through their suggestions, I discovered that Hidden Repetition was the the reason behind probably 95% of what I cut. Okay, that number is completely non-scientific, but you get the idea.

So what is Hidden Repetition, you ask? Let me tell you!

Hidden Repetition is when an idea is repeated using different words.

As humans, we do this all the time. It's so imbedded into the way we think, it's not surprising that it creeps into our writing as well. Think of a few common expressions:

But it's not just about overused synonyms. Hidden Repetition can be found at all levels of writing. At the word level (as shown above), at the phrase level, and at the scene level.

To find Hidden Repetition at this level, you have to take a closer look at your writing to find the problem. For example, here's a paragraph from my own work:

Exactly what you'd expect from the Wintertons. They were rich. They had money to waste on such things.

Looking at actual words, there isn't much repetition. Only the intended emphasis on "They." But those last two sentences express the same idea. So it's better to choose the sentence that says more.

Exactly what you'd expect from the Wintertons. They were rich. They had money to waste on such things.

Yes, there is such as thing as nuance, and truthfully, that double emphasis might be fine . . . but when you compound many such repetitions, it adds up and slows the pace. Here is another example:

The rain roared in my ears, and I shivered. All I wanted was to leave. "Please can we go?"

Again, there is no obvious repetition, but do you see it? Do you know what needs to be cut?
This kind of repetition falls into the "show and tell" category. Yes, I made that up, but it's spot on. As writers, we've all heard the expression, "Show don't tell." That's a whole other topic that I could spend a lot of time on, but you know what I mean. Show what happens to your character instead of telling your readers what happens.*
We know this, so we do the work and show it. But then we worry our reader won't get it. They won't understand that thing that we're trying to convey. So we do both. We show AND tell, which is exactly what I've done above. Here is my edit:

The rain roared in my ears, and I shivered. All I wanted was to leave. "Please can we go?"

The rain and the shivering and the question are enough to inform the reader that she wanted to leave. I didn't need to tell them. And by cutting that repetition, I tighten my story and give it a cleaner and smoother feel.
Scene level

At the scene level, the question we have to ask ourselves is whether or not the scene is giving new and necessary information to our readers. The writing may be good. It may be giving our readers information about our characters, but is it new? And is it necessary? Let me share an example to show you what I mean:

In the school, signs pointed audience members one direction and contestants another. We followed the signs down the trophy hall. The Region Soccer trophy that Gordon had helped win stood front and center with a light shining down on it. Behind it was a picture of the team. The state Mathletes trophy was in the corner behind some smaller trophies. And there was certainly no picture of our team.

Would we have been front and center if Jennifer hadn’t ditched? I couldn’t imagine the Wintertons accepting anything less. But I was just a lowly scholarship student. And Mathletes wasn’t soccer.

At the end of a hallway, a sharp-dressed woman about Mom’s age stood behind the check-in table.

In this scene, I was trying to build the tension between my MC and her brother. I was trying to show how she might be jealous of him and the attention he is getting for doing what she deemed as less. Truthfully, in my humble opinion, it's a good scene. It does exactly what I was aiming for without saying that she was jealous.
BUT, this scene did not pass the test. First, while the information was new, I had already established that there was tension between them. And second, this information was not necessary. Not only had I already established the tension, but the tension I build in this scene is coming from the wrong place. The tension I wanted to build wasn't from jealousy, it was from a difference of opinion about an important issue.
In short, this scene, though well-written, was not serving my story. It was slowing down the action and distracting my readers from what I was really trying to say. So here is what that scene became:

In the school, signs pointed audience members one direction and contestants another. We followed the signs down to the end of the trophy hall The Region Soccer trophy that Gordon had helped win stood front and center with a light shining down on it. Behind it was a picture of the team. The state Mathletes trophy was in the corner behind some smaller trophies. And there was certainly no picture of our team.

Would we have been front and center if Jennifer hadn’t ditched? I couldn’t imagine the Wintertons accepting anything less. But I was just a lowly scholarship student. And Mathletes wasn’t soccer.

At the end of a hallway, where a sharp-dressed woman about Mom’s age stood behind the check-in table.

I got them where they needed to be without the little side trip. Again, I didn't cut it because it was poorly written, but because it wasn't serving my story. It doesn't matter how well-written a scene may be, if it's not serving the story, it is slowing the pace and preventing your readers from getting the information they need.

While this example is just a small scene (because it was easier to show you), the same principles apply to longer scenes. Sometimes, you may end up cutting a whole chapter or more. I've done it. And my stories have been the better for it.

Though I don't have time to tell you about all the places and ways Hidden Repetition can sneak into your writing (for example, sometimes a whole character can be hidden repetition!), hopefully this discussion has been helpful! I was honestly surprised to find out just how much there was in my writing. Once it was cleared, the story flowed better and the pacing was no longer an issue.

Let me know if you have questions, or if there's another topic you'd like me to discuss.

*I feel compelled to mention that there is a place for telling in your writing. This rule should not be taken as gospel 100% of the time. Perhaps I'll do a post on this in the future.