"The Butler" and Standing Up for What You Believe 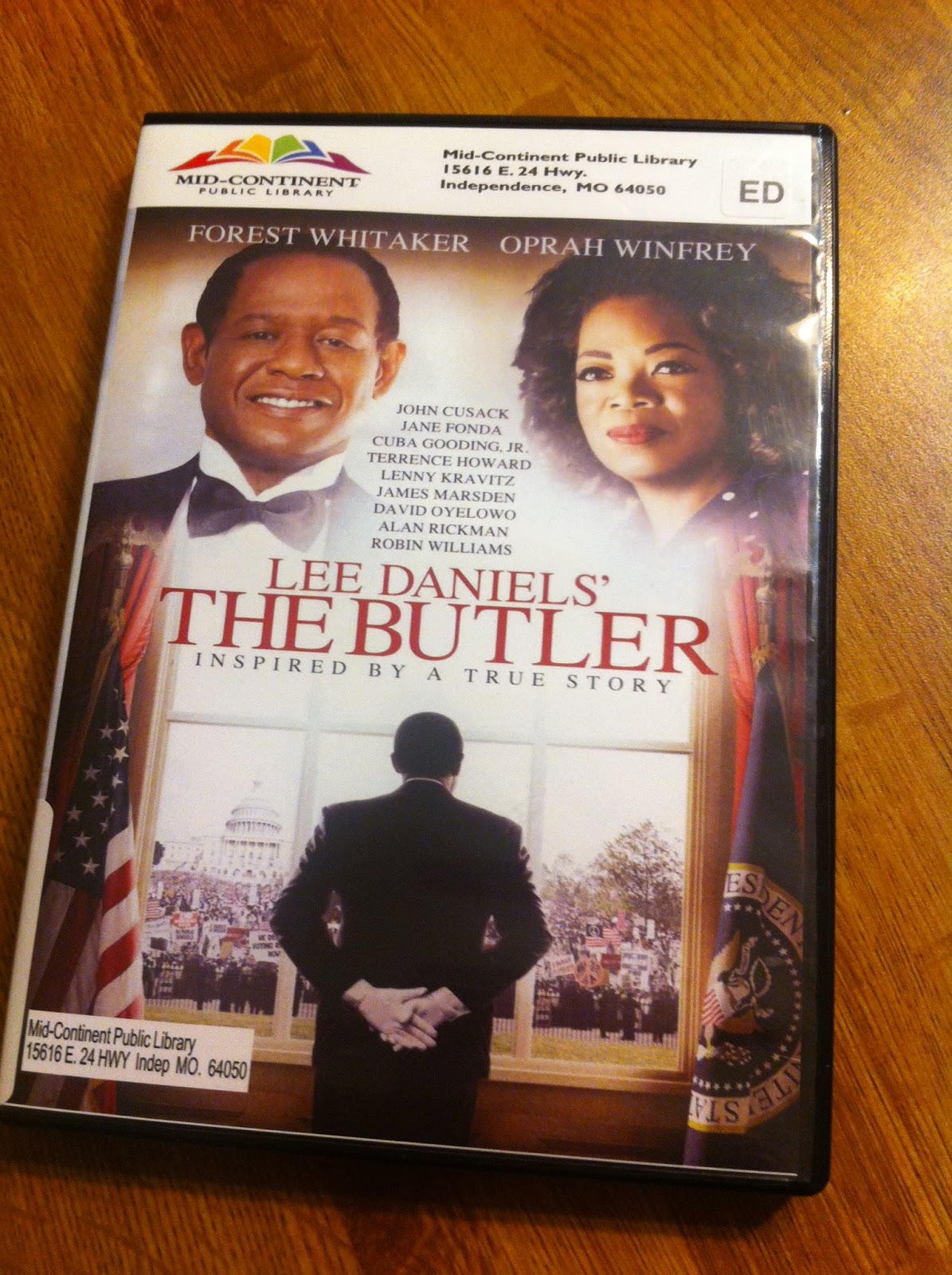 This weekend I finally saw Lee Daniel's The Butler. Yes, yes, I'm behind in the movie-going world, but that's what you get when you have 3 kids and a husband still in training. (Let's just say the medical path is a long one, my friends).


But getting back to the point, this movie had me all over the emotional chart. You read about the civil rights movement, and the events and the horrors, but it's different seeing it a bit closer. So much courage! So much patience. I am in awe of Martin Luther King Jr. and his conviction and understanding of how to change people's minds. He and Dumbledore would get along great, because the answer really is LOVE. And the world desperately needs more men and women like him.


But I digress. There is so much I could say about this movie, but I won't. I'm choosing to focus on one aspect. One aspect that is the main theme, but I feel gets buried a bit by the end.


You see, the movie does this amazing job of showing the parallel lives of Mr. Cecil Gaines and his son, Louis. Cecil is a butler at the Whitehouse. Louis is a Freedom Rider who takes part in the sit-in at Woolworths, and other infamous events.


Louis is out doing. He is fighting for his freedom, and for the freedoms of all African-Americans. He is brave. He sacrifices his time, his safety, and even his family for what he believes. And he suffers. Countless stints in jail. Beatings. Every time he stands up in protest, he risks death. In short, he is a hero. Very obviously. No question.


And then there is Cecil. He does not fight. He plays the role that society expects of him. Subservient. Soft-spoken. Not allowed to express political views at the risk of losing his job. He is paid less than white men doing the same job, but doesn't even dare express discontent about that (at least at first). In short he fears. Fears for his life. Fears for his son's life. And yet . . .


"Young brother, the black domestic defy racial stereotype about being hard working and trustworthy. It slowly tears down racial hatred because it's an example of a strong work ethic and dignified character. Now while we perceive the butler to be mainly subservient, in many ways they are subversive, without even knowing it."


In short, Cecil is more powerful than either of them realized. Cecil's honest decency. His care and concern for others regardless of their personal views. He influenced people. He changed them.


There are so many parallels to this story in today's world. We are called on to stand up for what we believe in (whatever that may be). Sometimes we think there is only one way to do that. That we must fight. We must be brazen heroes like Louis, with courage that is obvious.


But quiet heroism. Love for others. Treating others kindly, even when you know their views diametrically oppose yours. That is power, too.

Another one added to my to watch list!! It does sound absolutely incredible! Take care
x

I had forgotten about this movie. (I too, rarely get out to the theater.) But now I've got it on my summer movie-watching radar. Thanks for the recommendation!

I thought of trying to get caught up on movies this summer, but the reality is that I was very far behind before I even fell behind on current releases. I had forgotten about this one as well!

Hi, Janet. I haven't seen this one yet. Thanks for sharing your thoughts on this movie.

This sounds powerful. I don't watch many movies. I guess when I have that down time, then it's a book that I pick up. But I'd like to see this.