This vs. That: Cats vs. Dogs

Wow it has been forever-and-a-day since I did one of these. Have I really been that distracted? (And uh, no need to answer that.)

So I went back to tally the votes on cats vs. dogs, and what I am really learning is that I need to stop with the pre-conceived notions thing. I TOTALLY thought this vote would go a certain direction and it did not. So lets see those results and then have a chat.

I was certain, certain!, dogs would take this thing. Hands down. And yet here we are. So I want to break this down. WHY did I have that mistaken notion? Was it because I simply don't know my readers well enough? Am I unfairly biased against cats? Was I brainwashed by an evil dog-lover?

Surely not! And I have a theory. When was the last time you saw an unfavorable portrayal of a dog in a movie? Or even in a book. I mean, they must exist, right? But I can't think of one. Perhaps part of it is that Cats and Dogs has been in my car DVD player of late and therefore watched a bajillion times or so (well, heard, as the case may be). But that movie is simply evidence of the stereotype that has been perpetuated over the years that dogs are loving and loyal and inherently good, whereas cats are selfish devils surely working on some sinister plot.

My husband brought up Aristocats, but not one of Disney's more successful films. Am I missing something? What are your thoughts? Is it a conspiracy? Have dogs taken over the media?

Okay, so I'll step off my soap box now and move on (and no, I'm not telling you what I voted for because I fear backlash).

Anyhoo, next debate (in honor of the upcoming Superbowl): 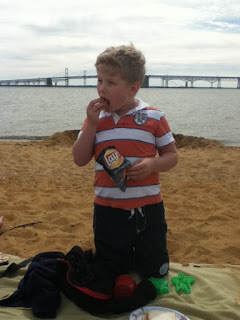 Cheese Puffs
Posted by Janet Johnson at 6:00 AM

I can't find the original question on your most recent blogs. Maybe I'm missing it?

But I would've voted for cats, probably. I've had cats my whole life. However, three years back, the best, smartest, most personable cat I've ever owned was killed by a car on the road, and in our grief our family got ...

I have a new appreciation for dogs now. Although she did eat her own poop and throw it up on the carpet Saturday. But our cat used to dismantle rabbits in our finished basement, so he can't claim superiority over the dog in the BIG MESS department.

As for your new question: Potato Chips.

Did I vote on that one? My vote is dogs.

Now my vote is potato Chips. I really like cheese puffs too but potato chips are my favorite snack food.

Well I think both cats and dogs are just brilliant!

I vote for crisps (chips) cos puffs tend to get stuck all over my teeth!!

You forgot about The Cat from Outer Space!!! :D LOL!

I hate animal movies. Because something terrible always happens to the animal, and it's just a big horrible mess...

OK. Cats? Really? I demand a recount. (Just kidding - I have nothing against cats... it's just that dogs are better :))

Now, about the potato chips vs. cheese puffs, I'd have to vote for popcorn.

Here's my theory. When I was a kid, I was a dog lover extreme. I think many kids are and that's why there are so many movies about wonderful dogs.

When we get older and have kids, our kids "take over" the role of the dog. They consume our attention now; the dog gets much less attention.

Through all of these changes though, the cat stays pretty much the same. They don't demand or consume as much attention as a dog (at least ours doesn't).

Okay so that's just my take on it.

But on to the IMPORTANT stuff.

Cheese puffs, oh yeah, and I am totally recruiting more cheese puff fans to come here and vote and take over your blog.

Aw! I love both cats and dogs. Racoons on the other hand...

i like both cats and dogs, but I would've voted for cats too (mostly because my kitties would've been devastated if I'd voted for dogs. I think most writers have cats--they're less needy, mostly affectionate and don't need a whole lot of our time, which we need for writing. :D
Nutschell
www.thewritingnut.com

Maybe it's the introverted part of me that prefers cats. They are cute and pettable and I love the way they purr ... and they are not needy like dogs. I've never owned a dog, but they would be more on the level of extra children in my book. It's a bigger commitment, maybe? My cats love me, but they don't require me. :) The media portrayal is interesting, though, isn't it? Lots of dog lovers making movies?

I've never had a cat, and am not a hater, but I don't think I'd ever choose to have one. Dogs are a lot of work, but I do prefer them. A lot of writers seem to like cats, though. Maybe because you don't have to keep getting up to deal with them. Not sure!

We have had both dogs and cats, but I prefer dogs, unless it is a real playful cat and then he/she is like a dog. Oh well...

Salt and vinegar chips trumps most everything in my world.

I don't hate dogs, but since the ones in my neighborhood poop on my lawn and redistribute our garbage, I'm not fond of them, either. I absolutely loved the dog we had when I was growing up. She was a darling.

I'd have voted for the cats. We have two.

And I'm voting for potato chips, though I'm not crazy about the plain ones. Salt n vinegar is my favorite.