A Day at the Beach

Let's go to the beach! We'd been told it took 3.5 hours to get there, which sounded like a reasonable day-trip.

No one mentioned traffic.
We left at 9:30 am and arrived at 3:30 pm. We seriously considered turning around before we got there. But in the end, we're glad we didn't. We have two future beach bums on our hands. 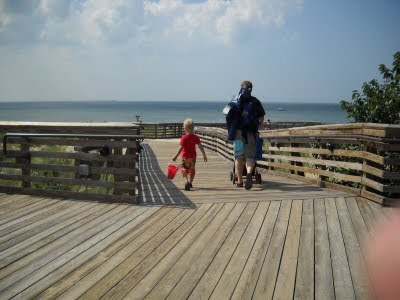 On the boardwalk . . . [let song filter through your head] 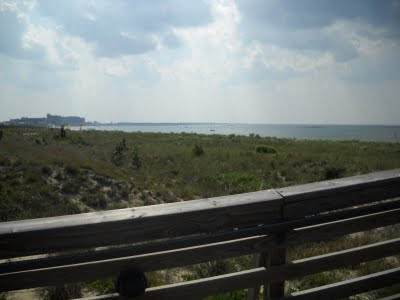 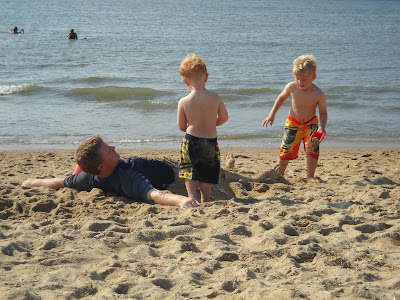 The boys had a great time burying daddy. Did daddy mind? As London would say, 'Are you kidding me?' It was his idea. 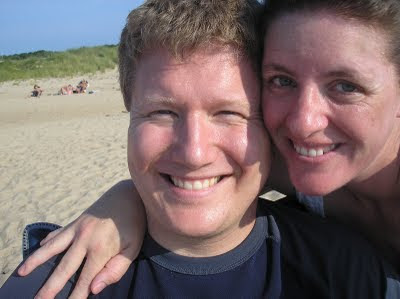 Rick and I had a great time, too. 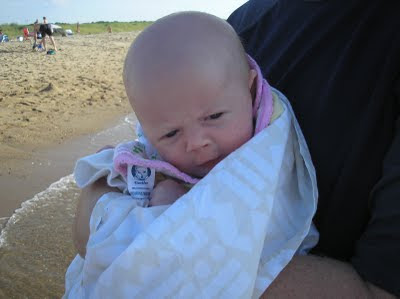 Khyah even seemed to love it. 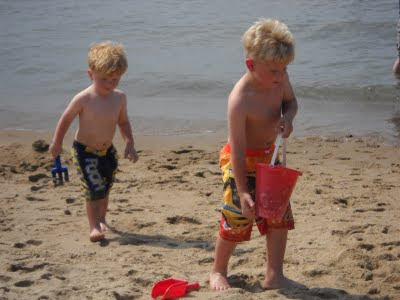 London and Brandt tried so hard to make a sand castle. London brought bucketfuls of "gravity" from the surf just for the job. 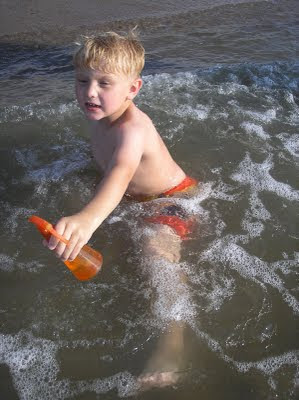 London loved sitting in the water, and letting the waves throw him back. 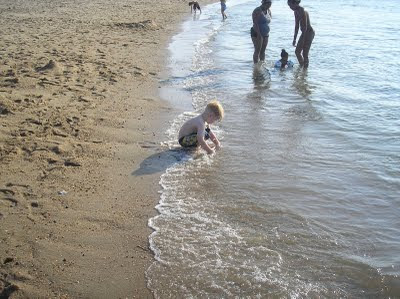 Brandt didn't like going in very far, but found the moving water fascinating. Usually he would run back when a wave hit, with a big grin on his face.
Posted by Janet Johnson at 9:38 AM

Wow, I'm impressed you made it to the beach at all. I don't know if I would have after all that traffic. Those cute kids of yours sure are getting big. I'm glad you had a fun day at the beach.

Glad that you're enjoying your new life back east (sounds like you are, I guess!) Thanks for sending your link.